Barriers to Entry: What’s Keeping People from Entering Your Giveaways? 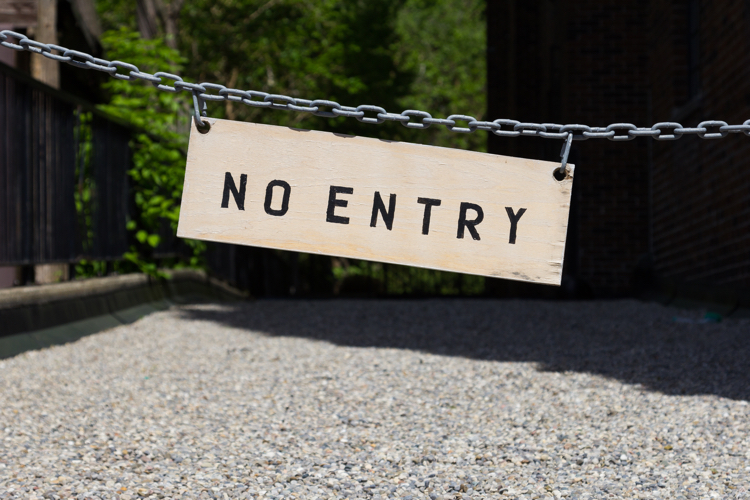 When you don’t get a lot of entries into your giveaways, it can be mystifying. What went wrong? Was it the prize? The marketing? Today, we’re going to go over a few mistakes you might be making in building your giveaways that are putting up barriers to entry. Read on…

What are Barriers to Entry?

Obviously, the goal of promoting your giveaway is to get people to enter it. Any things you do that get in the way of that — whether consciously or unconsciously — are barriers to entry.

Think of it as opening up a new store and telling people to “Come on in!” but then putting a big “Open” sign in the middle of the doorway that people have trouble getting around.

Generally, your barriers to entry will be things you add to or incorporate into your giveaway form beyond the very basic (name and email address) entry methods.

Obviously, you don’t intend to bar most people from entering your giveaway. It’s likely that your barriers to entry were things you added to your form with good intentions — but that are actually causing people to stay away.

Generally, requiring two or three inputs—things like name, email address, or even a twitter follow—are reasonable. But when you start to require any more than that to enter, people get overwhelmed and leave.

Be careful, too, about what you require to enter. People may be completely comfortable with giving you their names and email addresses, but most people don’t want to give you their phone numbers. They’d rather skip the giveaway than risk getting calls, and you lose entrants.

2. Signing them up for too much.

When people enter your giveaway, it’s reasonable to expect that they’re fine with getting your emails. (Though you should put that in your Official Rules just to be safe.)

It’s better to limit your number of partners and maybe have a smaller prize than to tell people they’re signing up for 15 email lists and risk losing entrants.

Usually, this happens when you create your giveaway too quickly. Let’s say, for example, that in your description you tell people that it’s required that they tell you what state they live in. But in your form, you don’t give them a place to do that! When people get confused, they leave.