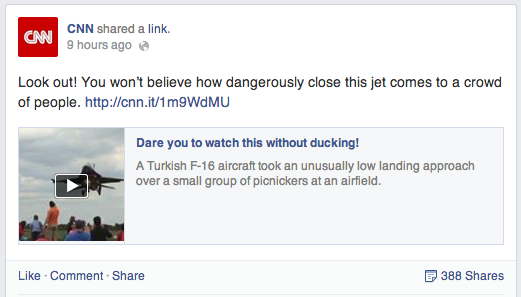 Facebook’s most recent update to the newsfeed algorithm focuses on the priority given to posts that contain videos. Likely spurred on by their notation that video views have doubled in the past six months, this content will now have it’s priority increased for some users.

It should also be noted that over that same time period Facebook began automatically playing videos from some sources, like Vine, so the number would seem to be a little higher than it would have been organically, without changes to the ways videos are presented.

These updates for Facebook’s prioritization of video content will heavily take into account the user’s prior activity and whether they have played videos in the past. So, if you don’t typically watch videos you will likely see less of them and, conversely, if you watch videos often you’ll be more likely to see them at the top of your newsfeed.

Length of time spent watching a video will also be taken into account. This does not replace, but is said to be in addition to the standard indicators of likes, comments and shares for the post containing the video. This change impacts only those videos uploaded directly to Facebook (not posts which link to a video on another website).